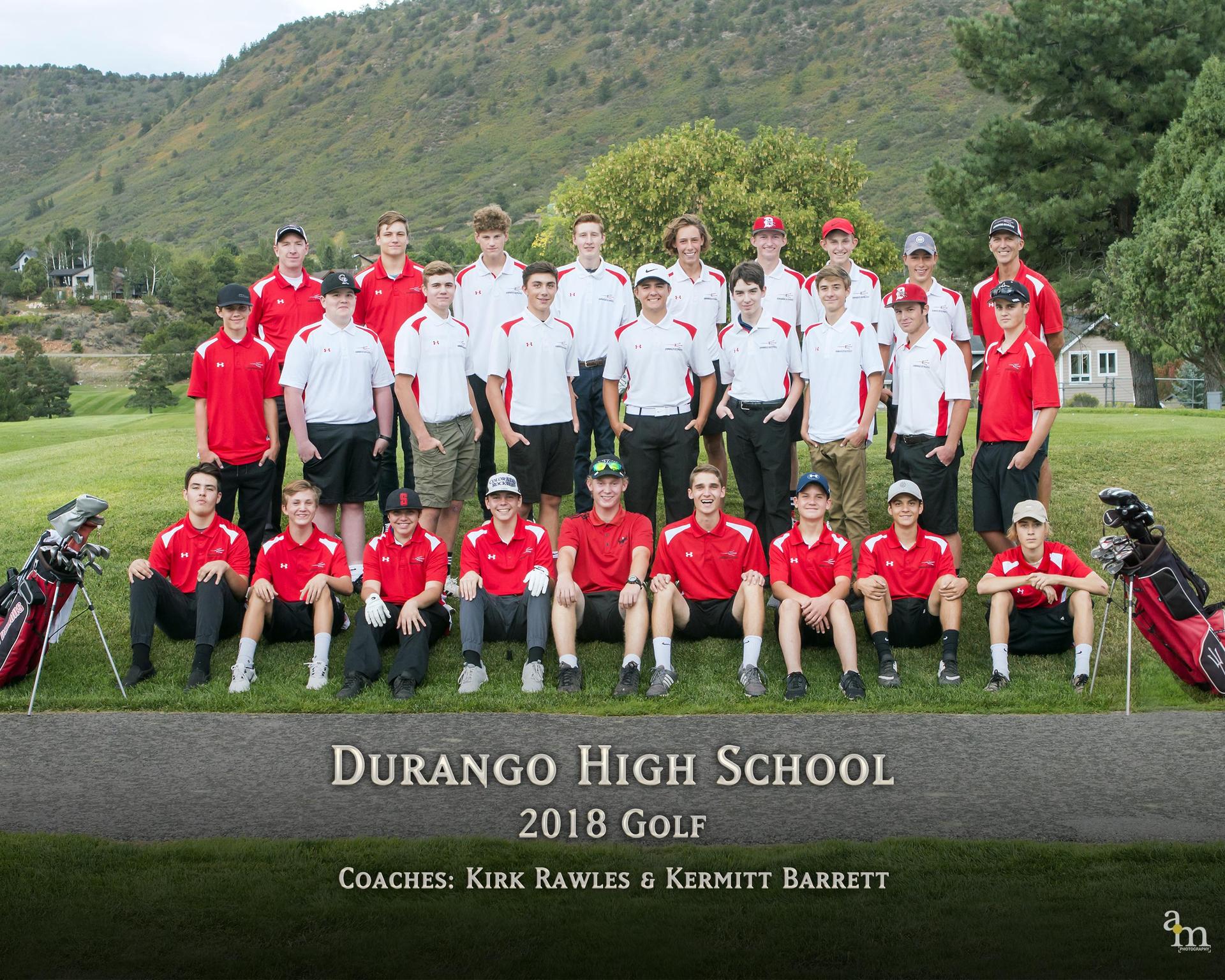 DURANGO, CO - This season was a banner year for the Durango Demon’s on the links.  33 players came out for golf which is the second highest number in history for the team. “We try to make the golf team pretty user friendly for anyone who wants to give it a try”, said head coach Kirk Rawles. “We realize it may be the last sport or the only sport that many will try so we have a no cut policy in wanting those individuals to have a fun experience. Our goal is to instill a love of the game in a life-long sport.  We are not so results oriented, we believe in instilling a positive experience for each individual which builds a strong positive team experience which usually translates into positive results.”

With that being said the philosophy did produce three individuals qualifying for the 4A State Golf Championships which meant the Demons would play as a team for the first time since 2015.   The team finished in 8th place at State after a third place finish in the league and fourth place finish at Regionals.  “Given the fact that we mostly travel in a Suburban for many of our tournaments, we become a close knit group”, continued Rawles. “It really is an amazing shared experience for both athletes and coaches as different topics are discussed for over 2,000 miles of travel!”  The team motto is “what happens in the burb stays in the burb”. The result being an unfiltered basis to develop trust and camaraderie again fostering the fun factor in team bonding on road trips.

While we will miss our one Senior, Nick Dudley, who added so much positivity while just picking up the game as a Junior, the future looks bright for the Durango Demon golfers.  All 6 Varsity players will return next year Ethan Whidden, Luke Tichi, Luke Ford, Anthony Flint, Sten Joyner and Levi Tichi along with a Junior Varsity group looking to break into a Varsity start.    The success of the team is evidenced by the following excerpt from articles provided by the Durango Herald staff in charting their march to the 2018 State Championships.

The start of the DHS boys golf season will begin on August 5 with a parent/athlete meeting at 5:00 p.m. at Hillcrest Golf Club.  Practice will begin on August 6 starting at 4:30 p.m. to 6:30 p.m.  We will divide the group into two different practice groups with those experienced golfers interested in playing tournaments practicing from 4:30 to 5:30 p.m. and those that are just starting to learn practicing from 5:30 p.m. to 6:30 p.m.  We will break the the group up into the two groups at the August 5 meeting.